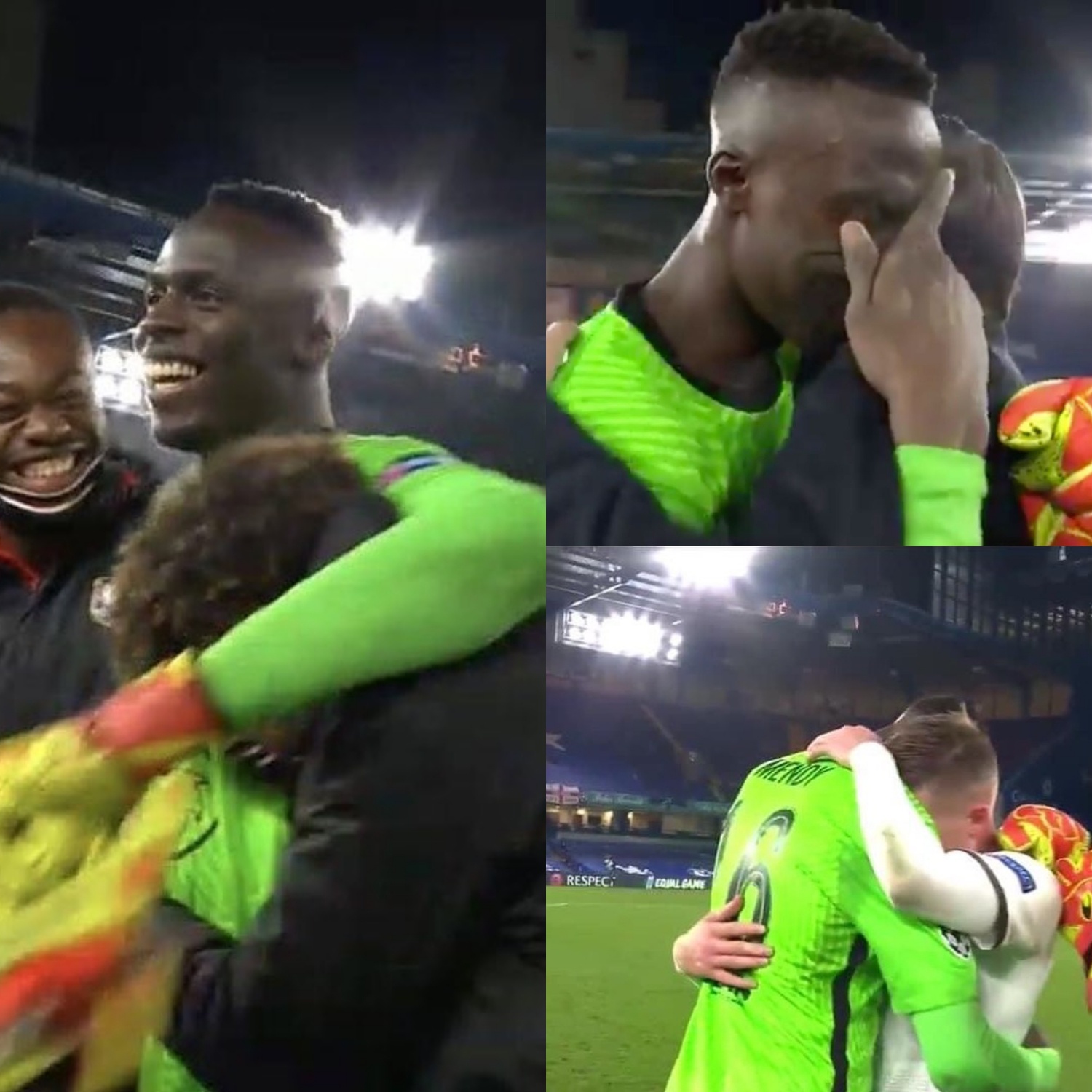 While it was a straight forward game that gave the Chelsea players, management and fans alike so much to cheer and smiles about.

For one player it was an emotional Re-union, Edouard Mendy was uniting with the team he left few months back to join the London side.

It was emotional and full of respect that the big strong hand Chelsea Goalkeeper broke down in tears.

Edouard Mendy was visibly in tears as he hugged his former manager.

So much love and emotion in one photo.

Even though Rennes lost that game, the players where all happy to see their former teammate and friend start life at Chelsea in a flying colour.

Joy, love, respect and emotion. This was the best scene from last night.