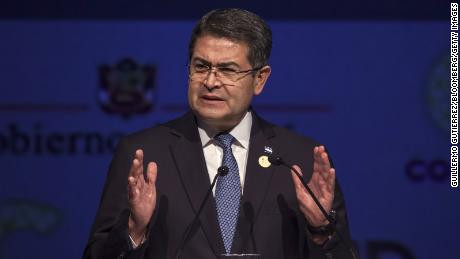 US federal prosecutors have accused Honduran President, Juan Orlando Hernández of forming an alliance with an alleged drug trafficker to deliver thousands of kilos of cocaine to the United States in exchange for hefty bribes — a claim the Honduran President rejected on Sunday, January 10, as “100% false.”

In a new motion submitted by prosecutors in the Southern District of New York, there are details new evidence in a case against alleged drug trafficker Geovanny Fuentes Ramírez, including witness testimony of alleged transactions and promises made between Fuentes and Hernández between 2013 and 2014.

The Honduran president is referred to as “CC-4” in the motion and clearly identified by descriptions of his campaign for president and by the naming of his brother. 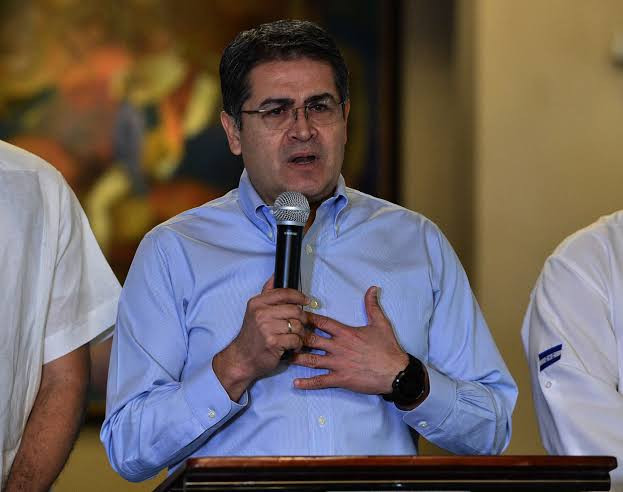 In the motion, Hernandez  vowed to “shove the drugs right up the noses of the gringos,” referring to Americans, the document alleges.

Hernández has not yet been charged by US Prosecutors but he confirmed in 2019 that he had been investigated by the US Drug Enforcement Administration, and has repeatedly denied all allegations.

The alleged drug trafficker, Fuentes pleaded not guilty to the charges against him in June 2020, but the court document describes a close working relationship between Fuentes and Hernández.

It alleges that Hernández together with other top Honduran officials accepted bribes from the drug trafficker while running for the presidency in 2013, and in exchange offered military support and the use of the country’s armed forces “as security” for drug running operations.

“In approximately 2013 and 2014, CC-4 promised to protect [Fuentes] from arrest and extradition; promised to help the defendant transport cocaine with the assistance of Honduras’s armed forces; said he wanted to use the defendant’s Laboratory because of its proximity to a key shipping port; directed the defendant to work with Tony Hernández (CC-4’s brother) with respect to drug-trafficking activities; and stated that he was going to “shove the drugs right up the noses of the gringos,” the document reads.

Prosecutors write that the allegations of corruption illustrate a “broader criminal plan of the defendant, CC-4, CC-10, and others, to use drug trafficking to help assert power and control in Honduras.”

According to the document, a witness also heard Hernández allegedly admit to “embezzling United States aid through non-governmental organizations and stealing from Honduras’s social security fund” in conversation with a prominent political donor.

In a statement posted to Twitter over the weekend, the Honduran Presidency rejected the claims as “100% false,” describing prosecutors’ witnesses as “confessed criminals” who lied “to seek revenge and to reduce their sentences.”

“The claim that Pres. Hernández supposedly accepted drug money from a Geovanny Daniel Fuentes Ramirez, or gave protection or coordination to drug traffickers is 100% false, and appears to be based on lies of confessed criminals who seek revenge and to reduce their sentences,” read a tweet from the President’s Office.

“This and other opportunistic allegations are contested by the essential fact that during the Hernández Administration, cocaine trafficking through Honduras fell from 87% to 4% from 2013 to 2019, as recognized by the publications of the Department of State (INCRS) of those years,” it continued.

Hernández Alvarado, the president’s brother was convicted in New York on drug trafficking charges in 2019. He had pleaded not guilty to all charges and chose not to testify during the trial.

During the trial, it was alleged that he funneled drug money to National Party campaigns “to impact Honduran presidential elections in 2009, 2013, and 2017,” according to the US Department of Justice.

His brother, President Hernández, won office in 2013 and was reelected in 2017 amid nationwide protests with rival groups claiming it was rigged.

Ethiopian migrant hailed as model for integration in Italy raped and murdered by her...

“If you’re ever working with me and I hear you treating...

Sheikh Zakzaky’s wife, Zeenah may have contracted COVID-19, may die in...