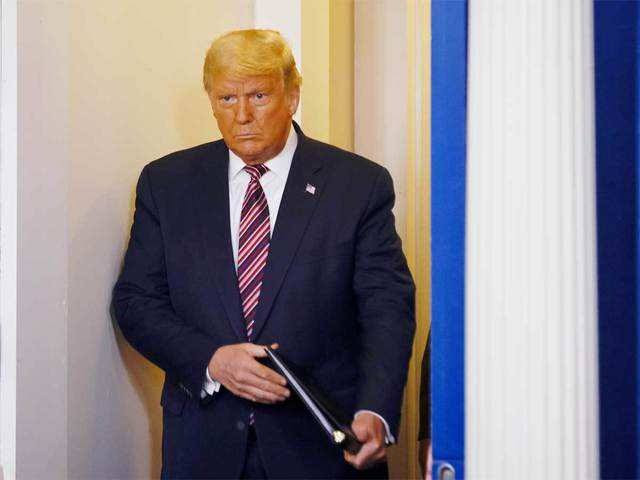 Donald Trump has said he will not attend Joe Biden’s inauguration come January 20.

Hours after finally promising a peaceful transition of power, Trump took to Twitter to write: “To all of those who have asked, I will not be going to the Inauguration on January 20th.” 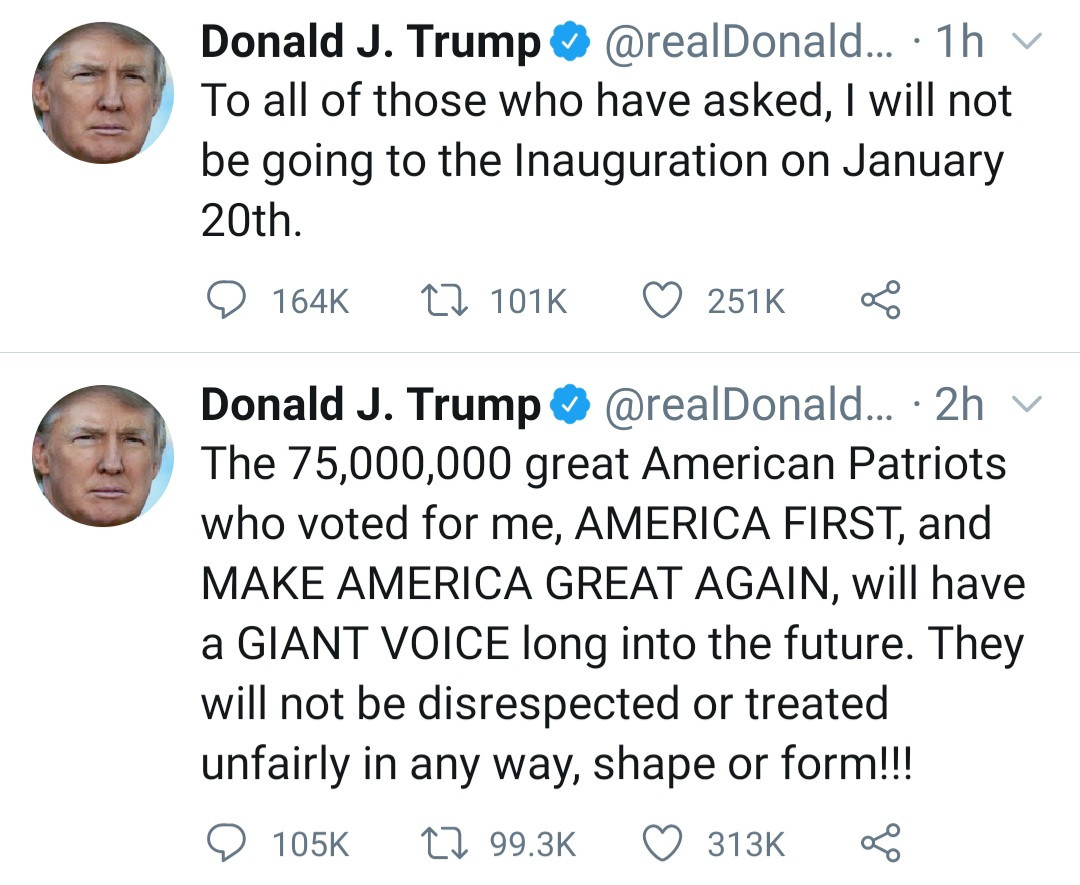 There have been discussions at the White House about Trump leaving Washington on Jan. 19, a source familiar with the matter said. He is expected to travel to his Florida resourt, the source said.

Trump will be the first incumbent president since Andrew Johnson to skip his successor’s inauguration.

‘I’m just the vessel of the Regina Daniels brand while you are the creator’...