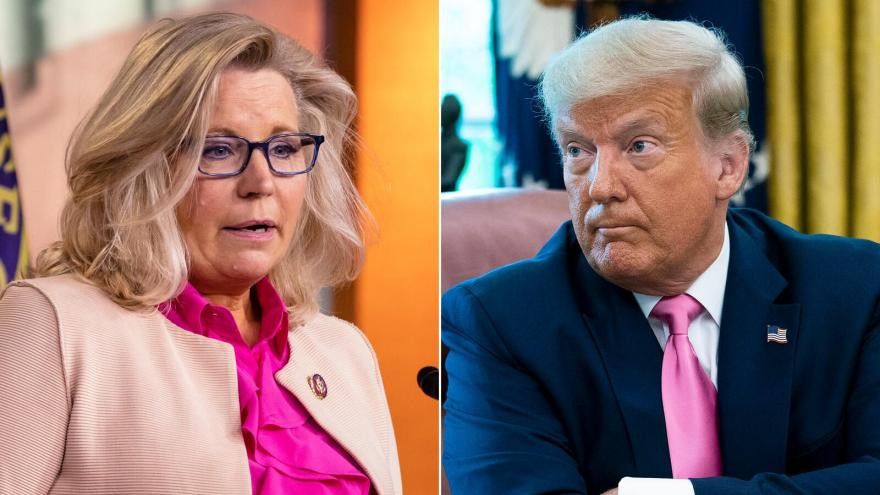 Congresswoman Liz Cheney, the third-ranking House Republican has said that she will vote to impeach President Donald Trump on Wednesday January 13, adding to a growing list of Republicans backing the president’s removal after blaming him for inciting a deadly riot at the U.S. Capitol last week.

Cheney in a strongly worded statement released on Tuesday January 12, accused the violent mob that breached the U.S. Capitol on January 6 of causing destruction and death.

The lawmaker from Wyoming and the daughter of the former vice-president Dick Cheney, said “the President of the United States summoned this mob, assembled the mob, and lit the flame of this attack. Everything that followed was his doing.”

“None of this would have happened without the President. The President could have immediately and forcefully intervened to stop the violence. He did not. There has never been a greater betrayal by a President of the United States of his office and his oath to the Constitution.”

The House vote on impeachment is anticipated to take place on Wednesday January13, one week after pro-Trump extremists stormed the Capitol, forcing lawmakers to delay by several hours their constitutional duty of tallying the Electoral College votes from the Nov. 3 election. The article of impeachment says Trump incited the insurrection.

The small group of House Republicans are thought to be part of a broader coalition debating whether to back the effort, a stark contrast to Trump’s first impeachment battle in 2019, when not a single Republican backed impeaching him. At the time, several Democrats joined Republicans in opposing the effort.

Katko, a former federal prosecutor and moderate Republican who endorsed Trump for reelection, said he reviewed the facts and reached his own conclusion.

“To allow the President of the United States to incite this attack without consequence is a direct threat to the future of our democracy.

“For that reason, I cannot sit by without taking action. I will vote to impeach this President.”

Trump on Tuesday called the move to impeach him “ridiculous” and said it’s “causing tremendous danger to our country.”

Cheney has previously fallen into Trump’s crosshairs after opposing his efforts to invalidate the election results. At his rally in Washington DC before Congress’s vote to certify the election results, Trump told supporters: “The Liz Cheneys of the world. We have to get rid of them.”

US President-elect, Joe Biden to offer 11 million immigrants citizenship during first days in...

‘Not sure what good the “Fulani presidency” has done the country, including the north’...

Happy New Year!!! Buy a piece of land in Lagos with...