Celebrity football agent, Mino Raiola has died at the age of 54.

Mino Raiola, one of the most recognisable football agent in the world, represented some of the biggest names in the sport from Paul Pogba, Zlatan Ibrahimovic to Erling Haaland,  Matthijs de Ligt and Gianluigi Donnarumma.

He has been sick for some time and even on Thursday, April 28 had to use his official Twitter handle to deny rumors that he had died, even though he was at a critical condition at the time. 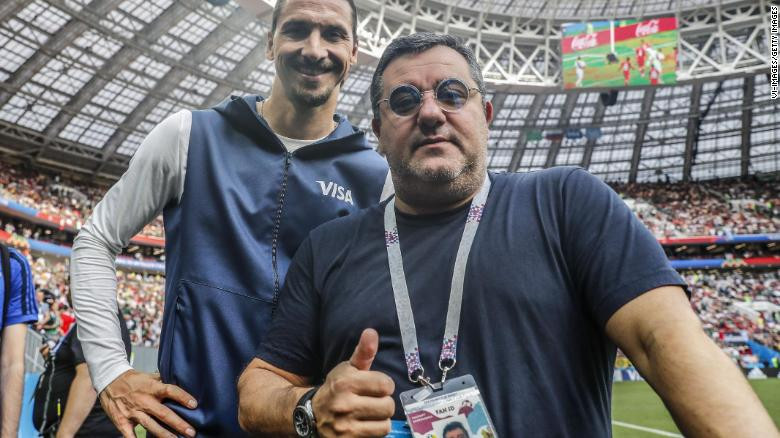 On Saturday, April 30. his family revealed he had passed away.

A statement from his family read: “In infinite sorrow, we share the passing of the most caring and amazing football agent that ever was.

“Mino fought until the end with the same strength he put on negotiation tables to defend our players. As usual, Mino made us proud and never realised it.

“Mino touched so many lives through his work and wrote a new chapter in the history of modern football. His presence will forever be missed.

“Mino’s mission of making football a better place for players will continue with the same passion.”

“The club, through its president, sends its condolences to his family and loved ones.”

Italian club, AC Milan wrote: “Our deepest condolences to the Raiola family and all the friends of Mino for their tragic loss.”

Raiola was born in Italy but moved to the Netherlands as a child where he played football for a while before moving into sports administration and then becoming an agent..

His first major deal was the transfer of Pavel Nedved from Sparta Prague to Lazio in 1996.

Pogba’s return to Manchester United from Juventus for €105 million (£87.4 million) in 2016 was his biggest ever deal as he reportedly pocketed $25m

North Korean leader, Kim Jong Un has reportedly ordered its citizens to eat less food until the country re-opens its border with China in 2025.   Food shortages are already affecting North Koreans, but citizens were told to tighten their belts for at least another three years by officials, according…

The bottle she threw didn’t touch me. Sadly, it touched…

Actress, Mercy Aigbe has come out to state her own side of what led to her brawl with businesswoman, Lara Olukotun, at an event in Lagos on Sunday, June 12.   A video of Lara throwing a bottle at Mercy at the event went viral earlier today., She…

TikTok star, Candice Murley, who was popularly known as Candi,  has died ‘unexpectedly’ at the age of 36. Murley shared videos of herself dancing and cooking on her two TikTok accounts, one with more than 20,000 followers and the other with more than 17,000. The star’s sister…

A 400-level student of Olabisi Onabanjo University Ago Iwoye, Victor Olabisi Oluwatimilehin, was on the 1st of June 2022 arrested by men of Ogun state police command for allegedly making an attempt to kill a policeman on duty along Ijebu ode, Ibadan road. A statement released by DSP Abimbola…