UK’s new Prime Minister Rishi Sunak made his first visit to Kyiv on Saturday November 19, pledging to continue the firm support for Ukraine that was a focus of former prime ministers, Boris Johnson and Liz Truss.

He pledged to provide a new air defence package to help shoot down Russian drones.

Sunak said in a statement that Britain would provide a new 50 million pound ($60 million) package that includes anti-aircraft guns and technology such as radar to counter drone attacks. Britain also said it would increase the training it provides to Ukraine’s armed forces. 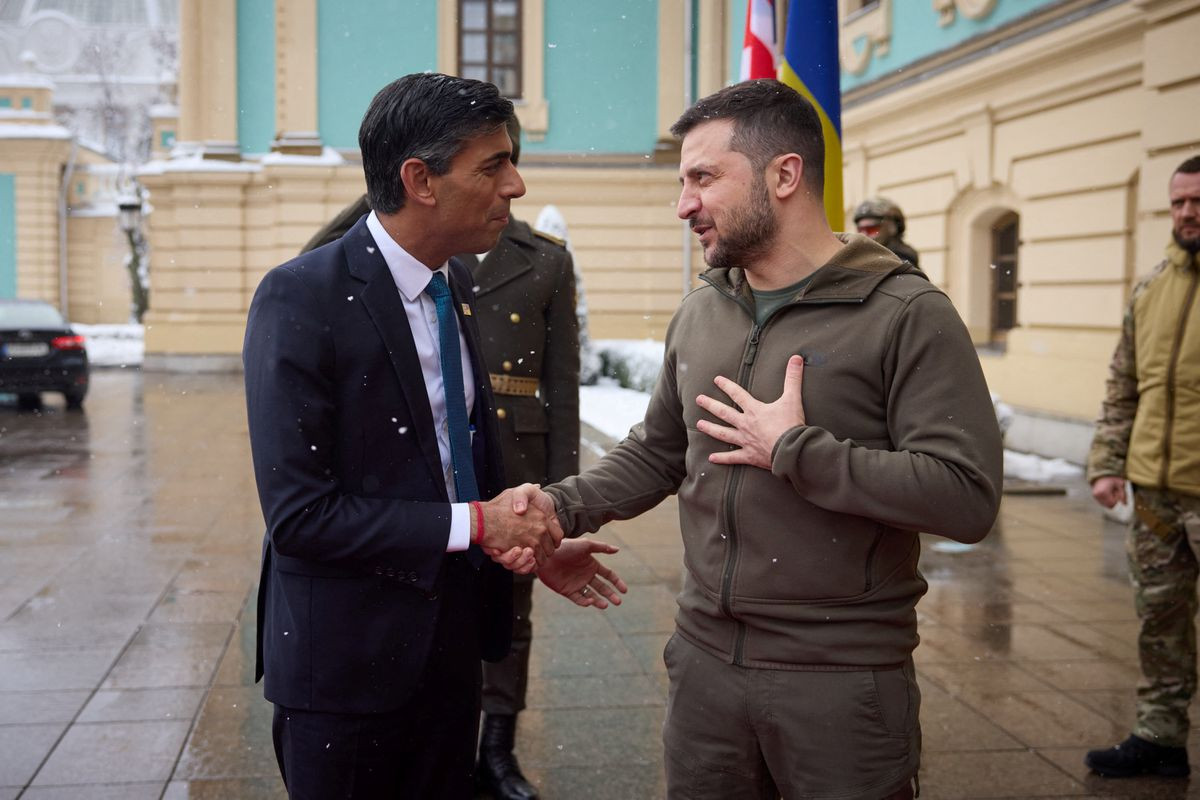 “Britain knows what it means to fight for freedom,” Sunak said on Twitter. “We are with you all the way.”

“While Ukraine’s armed forces succeed in pushing back Russian forces on the ground, civilians are being brutally bombarded from the air,” Sunak said in his statement. “We are today providing new air defence, including anti-aircraft guns, radar and anti-drone equipment, and stepping up humanitarian support for the cold, hard winter ahead.”

Ukrainian President, Volodymyr Zelenskiy posted a video on Saturday of the meeting in Kyiv, as he welcomed the continued support from London.

“With friends like you by our side, we are confident in our victory. Both of our nations know what it means to stand up for freedom,” Zelenskiy tweeted.

Sunak, a former finance minister, took office last month following the short-lived reign of Liz Truss. She and her predecessor Boris Johnson had both made public support for Ukraine an important part of their agenda, a policy Sunak says he will maintain.

Britain knows what it means to fight for freedom.

We are with you all the way @ZelenskyyUa ????

Mob tortures two elderly men to death in Benue over…

Two elderly men were tortured to death by irate youths at Mbaaku Mbasombo community in Gwer East Local Government Area of Benue State over alleged killing of a young man through witchcraft.   It was gathered that the young man identified as David Terseer Nongobo slumped and died while working…

Authorities in Peru are investigating the cause of death of former Welsh rugby captain Eddie Butler who has died at the age of 65.    Butler’s body was discovered inside his tent on Thursday morning, September 15,  by the tour firm that had taken him to a campsite…

Russian troops filmed themselves “castrating” a Ukrainian prisoner of war.   The horrifying video, which was initially shared on a pro-Russian Telegram page, showed a group of men in Russian camouflage, pinning down a man who appears to be a captured Ukrainian soldier.     One of…

After nearly a year of denying their romantic affair, Tanzanian music star, Diamond Platnumz has confirmed that he is dating his label signee, Zuchu.   The confirmation came in a post he shared on Instagram, in celebration of Zuchu’s birthday. Diamond attached a video that captured their romantic…

If I finish with you, youâll testify – Okada man tries to…

A Nigerian TikTok user has shared a video of a commercial motorcyclist trying to convince her to cheat on her boyfriend with him.  In the video, the Okada man bragged about his sexual prowess and further said that the lady will "testify" if they get down together.  She shared the…