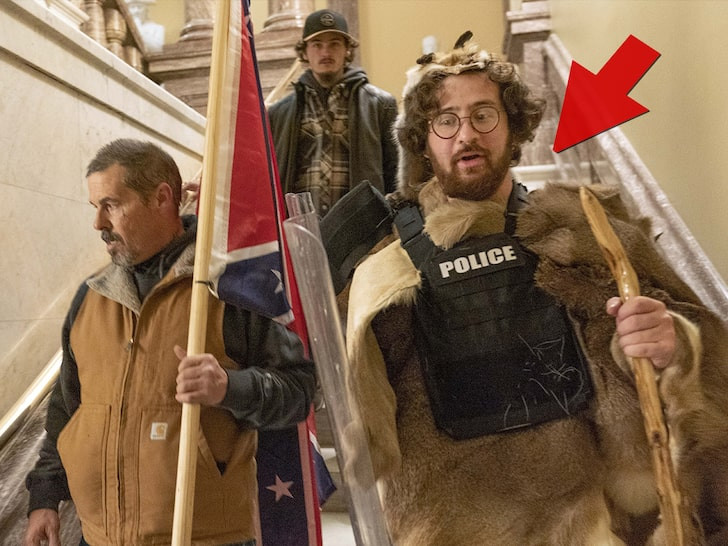 34-year-old Aaron Mostofsky identified as the ‘guy wearing animal fur and parading around with a policeman’s shield’ during the insurrection at the US Capitol last week, has also been identified as the son of a prominent judge in Brooklyn.

Mostofsky was arrested Tuesday January 12 and brought before a Brooklyn Supreme Court Judge Shlomo Mostofsky (not his father). He was released on $100k bail with strict conditions. 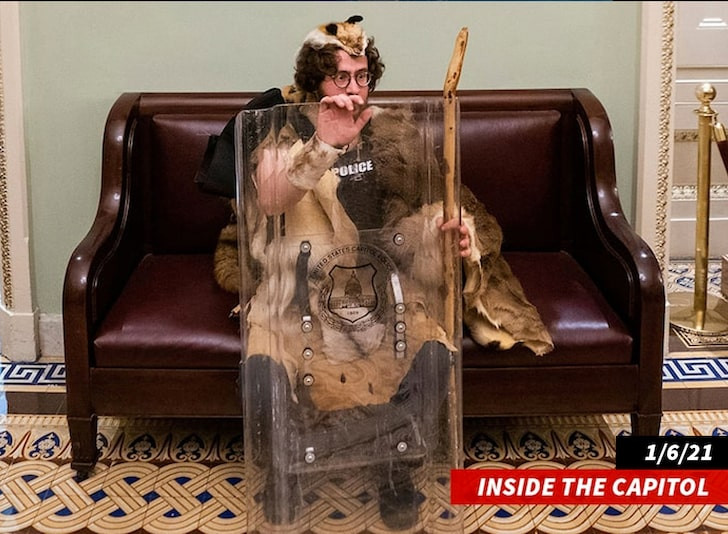 The son of the Brooklyn Judge who is facing four counts of theft of government property, illegal entry into a restricted area, illegal entry with intent to impede government functions, and disorderly conduct, was released to the custody of his older brother and was ordered to stay in NYC (unless given permission) and wear an ankle monitor.

He was also forbidden from communicating with his co-defendants, cannot participate in any political gatherings and has to steer clear of all state capitals. 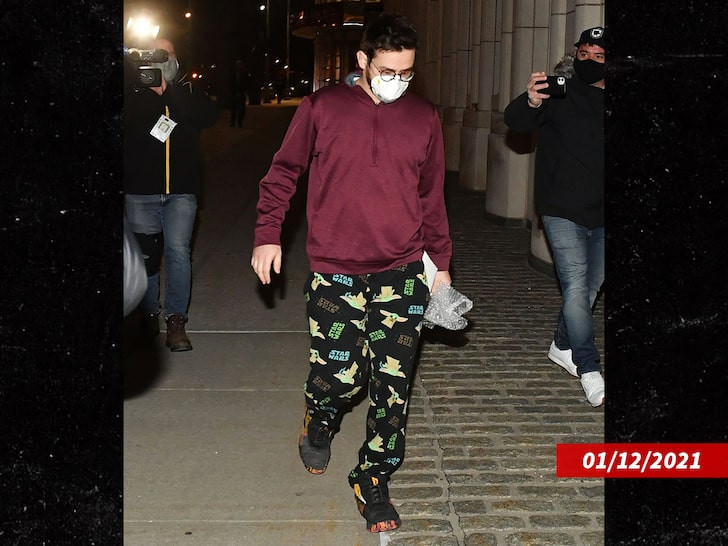 TMZ reported that Mostofsky’s attorney said his client is aware of the seriousness of the charges against him, but insists he was just “caught up” in the moment. He is scheduled to appear virtually before the judge later this month.

We are not contemplating a fresh lockdown- PTF

Desmond Elliott trends after he was compared with Ugandan singer and presidential candidate, Bobi Wine

Want an Upgrade? Here’s Why Vivo V20 is Worth The Splurge

US adds Nigeria to blacklist on religious freedom

President Buhari, Osinbajo, others at the 2021 Armed Forces Remembrance Day...