Gurbanguly Berdymukhamedov, the president of Turkmenistan has unveiled a 50ft golden statue of his favourite dog breed in the country’s capital.

The 67-year-old, who has ruled the Middle Eastern country since 2007, revealed the statue of the Turkmen Alabi dog at a ceremony this week. 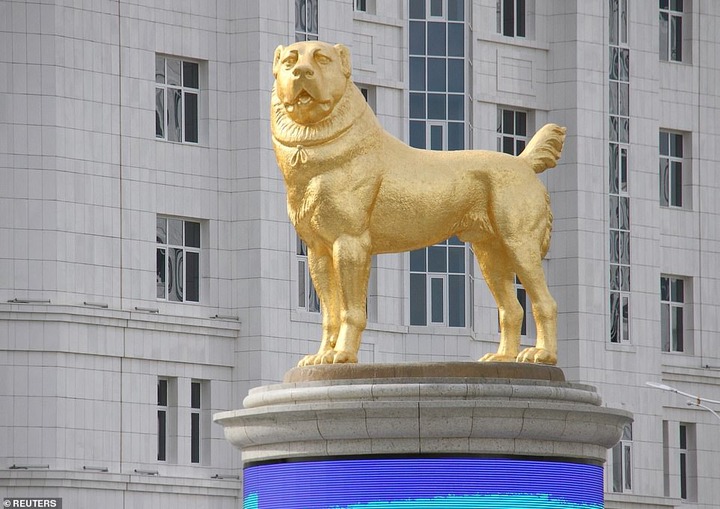 The statue sits at the centre of a roundabout in a newly-built residential area designed for civil servants in the capital, Ashgabat. It features a plinth covered in TV screens that play videos of the dog. 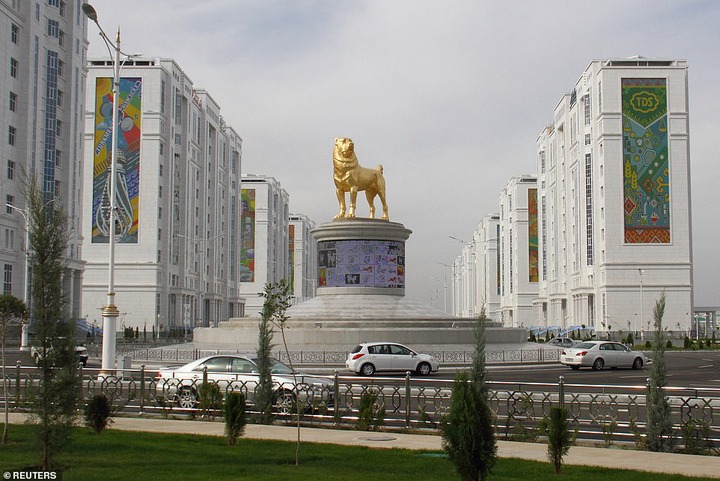 The alabai dog is listed as an asset of national heritage in the country, and Mr. Berdymukhamedov has dedicated books and poems to the dog breed, describing it as ‘a symbol of achievement and victory’. He once gifted an Alabi puppy to Vladimir Putin. 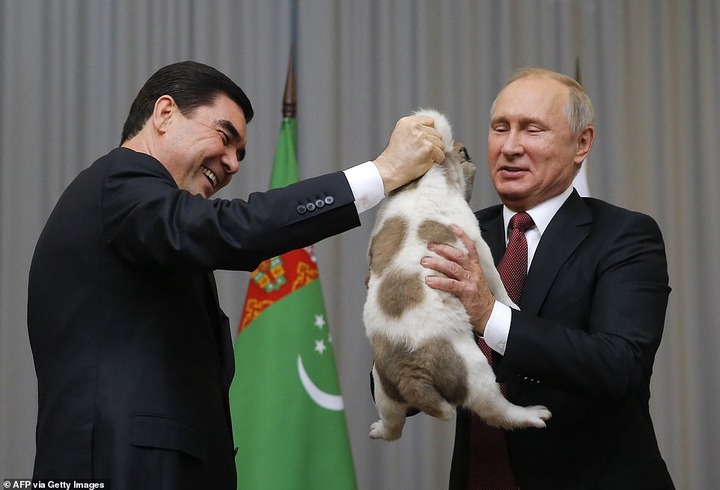 A press release by the Turkmenistan government described the statue as demonstrating the ‘respect and honor to the exemplary courage and cordial heart of these wonderful animals.’

The statue will ‘highlight their role in historical destiny of the nation and the place which Alabis occupy in the life of the nation,’ the press release added.